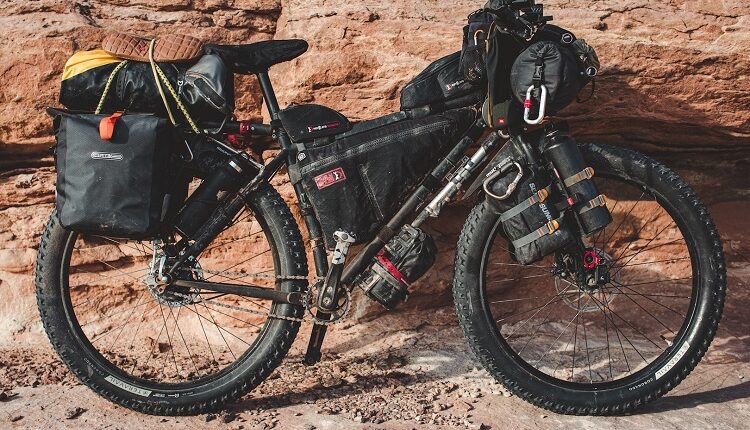 There’s something refreshingly reassuring about the everyday bicycle, and the fact it’s barely changed or developed at all since it was first invented over 130 years ago pays firm testament to the fact that it is, even in the techno-crazy modern age, a classic old school innovation. Your trusty two-wheeled steed doesn’t particularly need a myriad of bells and whistles – well, perhaps a bell – and while the 21st century has thrust upon us a headache-inducing cornucopia of techie gizmos and gadgets, the humble bike has stayed faithful to its innocent and simple 1870s origins. There are, however, a few gadgets and accessories on the market that are not only a way of adding a bit of interest and decoration but are also, more importantly, practical embellishments as well. We’re not trying to reinvent the wheel, but here are a few little cycling extras that will probably come in handy.

Cars have got horns to alert other drivers (and to exercise the occasional spot of road rage), so why not bikes? In all fairness, a lot of cyclists have bells fitted, and there’s something rather quaint about its tinkly jingle. On the other hand – and if you’re more demonstrative by nature – you may want to opt for its louder counterpart, the horn, which should be powerful enough to warn any itinerant malingerers of your impending presence.

With the increasing popularity of cycling as the transport of choice and the fact the one city, Bristol, has been declared as an official Cycling City, there’s no question that cyclists are a more noticeable feature on the daily landscape. One way to really get noticed, however, is by getting yourself some Hokey Spokes – safety lights made up of transparent blades attached to your bike’s spokes that light up inbuilt LEDs when you start pedalling. Six blades can be attached to each wheel, they run on AA batteries, they’re waterproof, they come in six different colours, and they can display images and texts. Probably one of the funkiest cycling accessories on the market.

Cycling brings out your nomadic instinct, which means sometimes your wanderlust can get the better of you and you end up taking a wrong turn. In other words, sometimes you’ll get lost. But fear ye not! If you’ve got an Android device there’s always Google Maps Navigation; if you have an iPhone you can take advantage of the CoPilot and TomTom tools. For the more hardcore, there’s the Garmin Edge 5000 which records things such as speed, distance, time, altitude, and the amount of calories you’ve burned.

Cyclists generally want to share their passion for their pastime with anyone who will listen, and if you have babies or youngsters, chances are you’ll want to expose them to the benefits of taking the two-wheeled alternative as early as possible. To this end, there’s no shortage of baby seats you can attach to your bike that incorporate versatility, protection, safety feature, and excellent suspension features so the little ‘un won’t be bouncing about like a rag doll. One of the most popular is the BabySeat II Quick Track seat that can be attached without even the need for tools or fiddly bits.

Take Your Gadgets Wherever You Go

Cyclists and gadgets are inescapable in the modern world, so it makes sense to combine the two. There’s a device called the Universal Bike Mounted Gadget Holder (bit of a mouthful, I know) that can be attached to your handlebars sans tools; it’s easily positioned, vibration free, and can hold mp3 players, iPods, iPhones, mobile phones and GPS devices. Probably not wise to text and cycle, though. Whilst not exactly groundbreaking or revolutionary, these are nevertheless a few neat and practical extras that can be added to what is very often a practical and prosaic mode of transport. So the next time you get the urge to buy bikes online, why not give some consideration to some of the extras which could adorn it?

Have you got any interesting accessories or extras for your bike?

Gavin Harvey is a personal trainer and keen cyclist who is always looking for gadgets and gizmos to adorn his rather dull looking bike. Here he writes for buybikes247.

5 Gear For Your Moto Adventure

Five Reasons Helping A Charity Can Help You Promote Your Business

Why to Use the DA PA Checker?

Lessons from Loranocarter+Jackson: How to Succeed in Business and…

Find Clothes that Fit without Throwing One!